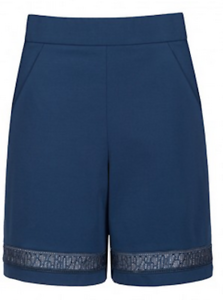 Please, no parking in the church parking lot.

Brad is an East Coast native who moved out west at 21, fresh out of culinary school. Food has been his passion since the age of 12 and he's been an Executive Chef since the age of 25 when he took over The Padre Hotel - a three level kitchen that serviced five dining outlets. It was there that Brad took home multiple awards two years in a row. Brad started out in San Diego at JRDN in Pacific Beach's Tower 23 Hotel and most recently worked as Executive Chef of Belmont Park's Cannonball & Draft.

Prior to opening Trust Restaurant in 2015, Steve worked as Director of Operations for Cannonball and Draft at Belmont Park. His experience in both front and back of house line positions over the last 20 years in San Diego, San Francisco & Las Vegas has given him the foundation for an overall understanding of how a restaurant works from every perspective. For Steve, providing great service is everything because he knows that is what takes a memorable food experience to the next level.

Although a veteran of the food and beverage industry, Jeremy didn't fall in love with the kitchen until he was introduced to pastries. He contributes much of his success to his friend and mentor Chef Ray Ingram. Jeremy became the Executive Pastry Chef at The Padre Hotel where he met Chef Brad. He eventually moved south to San Diego where he oversaw the pastry department for Draft, Cannonball, and Wavehouse Beach Club at Belmont Park.

Working in the restaurant and bar business since he was 15, Stephen's real passion started after his first bar shift in 2004.  It was at this time that he was introduced to cocktail bitters, a key bar ingredient, which would fascinate and continually inspire him to learn the trade.  Tinkering at home and in bars, Stephen has developed a portfolio of cocktail bitter recipes, a myriad of tinctures, syrups, drams, sodas, and many other hand made concoctions that give his cocktails distinct flavor.  Passionate about the classics, mindful of their simplicity, elegance, and restraint, he applies these methods to the modern cocktail.

Prior to joining Hundred Proof, Stephen spent 5 years running the bar programs for George’s at the Cove in La Jolla, California. He has also consulted for Nórtico, the first of it’s kind, pre-prohibition speakeasy bar in Tijuana, Mexico. Stephen also works hard to bring national attention to the San Diego bar community, serving as President of the local chapter of the USBG, and plans one-of-a kind guest bartending events both in San Diego and Mexico.

In his role as Hundred Proof’s Beverage Director, he is charged with continually evolving the bar program, mentoring the team, and creating imaginative and interactive programming to delight guests.

From an office party, to an at home celebration, we can help with your next event.

Where to Brunch Right Now in San Diego

What to Drink at Hundred Proof

Send us a message and we’ll get back to you as soon as possible. Looking forward to hearing from you!